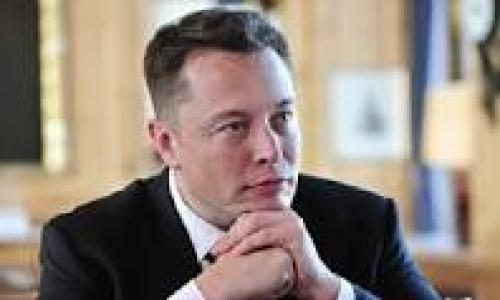 For over 15 years, I headed the Genius Awards, searching throughout America for men and women of extraordinary talent, vision and promise.  I oversaw the awarding of these no-string monetary awards to about 400 men and women of amazing talent.

Normally, finding people with truly extraordinary minds requires months and years of searching and study.  Not so, every once and awhile, when the individual rockets to the world’s attention simply because they think consistently so out of the box, challenge norms publicly, and approach urgent needs with piercing vision that they capture the world’s and the medias attention.  They are the easy ones for us to see, though they are as precious as the ones that require much more work to unearth and identify.

Elon Musk is certainly a genius.  At 46, he’s already a billionaire sixteen times over, is known throughout the world, and doesn’t need a Genius Award.  But, he is as deserving of our full attention and admiration as those who have received the Award.

His profile is much the same as most geniuses throughout time.  He views the world and its challenges with a unique filter, is unafraid of failure, thrives on obstacles, and constructs new paths and solutions.  At 12, for example, Musk became intensely interested in computers. At 17, he entered the University of Pennsylvania to study business and physics.  He then went on to Stanford for a Ph.D., but dropped out in two days to start his first company that he sold five years later for millions.  His new-found wealth didn’t stop him; in fact, it provided the opportunity to brainstorm seriously about a broad swath of challenges facing the world today: space exploration and travel, battery powered cars, solar energy, 21st century modes of earthbound transportation, and much more.  And, the amazing thing is that he has already enjoyed enormous personal and commercial successes.  The New York Times today covered the news that he had only recently received verbal, albeit tentative, approval from the government to build a Hyperloop transportation system that would take passengers only 29 minutes to go between New York and Washington.

The Hyperloop, an idea he introduced in 2013, seems still a dream.  But, it is a dream of a proven genius.  Like all of his ideas and initiatives, what seemed far out and unattainable, look and are different when they are Musk’s.  A man who can envision, champion, and make happen new forms of transportation on and off the earth and so much more, cannot and should not be ignored.  Rather, he is an inspiration for humankind today.