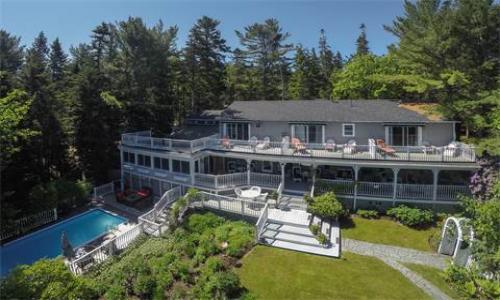 Are Higher Mortgage Rates on the Way?

When the Federal Reserve acted to raise the Fed Funds rate in June 2017, it set the new Fed Funds target rate at 1.00 to 1.25%.   While, this marked the fourth rate increase since the beginning of 2016 (and since the Fed had lowered rates to zero during the financial crisis), mortgage rates have remained at or near their all-time lows.  Therefore, the news continues to be good news for potential homebuyers and those who may be looking to refinance.

Mortgage rates have not yet risen because they are tied to 30-year US Treasury Notes.   US Treasuries remain below 3% as central bankers worldwide continue to engage in monetary and fiscal policy designed to stimulate their economies (and to keep their currencies from appreciating).

Moreover, it is important to note that the Federal Reserve now holds over $1.7 billion in mortgage-backed securities (MBS).  The Federal Reserve began purchasing these securities in 1998 and purchased them in earnest during the financial crisis of 2009.   The Fed has been the longest lasting purchaser in MBS markets and has provided its largest source of funds.  It is now ending its purchases, but in its June statement, the Fed indicated that it will be a net seller of MBS securities for the foreseeable future.

If you have been postponing refinancing, this could be your final chance to get in before rates begin to really rise to normalized post-crisis levels.

If you are a potential first-time homebuyer or someone considering a second home, you should also be mindful of current rates and the risk of a real rise in the coming months.  However, the caveat here is that if rates rise, we will see home prices fall, making them more affordable.

Some economists, in fact, fear that a rise of the 30-Year US Treasury to 5.50% will derail the US homebuilding industry and have severe implications for the US economy in 2019.

It is my prediction, however, that the Fed may not raise as aggressively as it is currently targeting if Janet Yellen resigns as Chairman of the Federal Reserve and is replaced by Gary Cohn who is actively lobbying Trump for the position.  In addition, Minneapolis Fed President Neel Kashkari is also in the mix and has turned very dovish, having now dissented on the last two Fed moves.  To boot, inflation expectations are contained.

Whatever happens, we are certainly in for some interesting times in the mortgage industry. Be sure to check rates frequently here to know where things are heading.