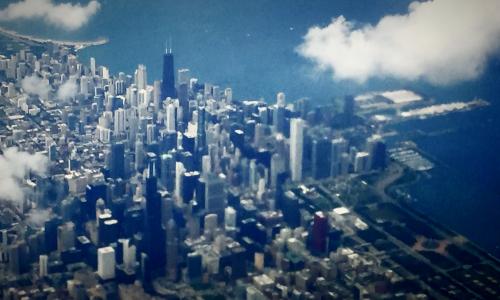 Chicago has long been known as America’s second city.  Built along Lake Michigan, filled with stunning and architecturally beautiful buildings, home of renowned universities and businesses, the city has been for a long time an American jewel.  Because it is in the Midwest, it is overshadowed by New York and San Francisco, but still considered one of the great world cities.

But, Chicago has had it’s ugly side too, especially at key moments – the 1968 Democratic Convention when the infamous Mayor Daley called on its police force to attack and jail innocent protestors of the war in Vietnam, or the aftermath of the killing of Martin Luther King and the subsequent unrest in the city, or the totally unacceptable, ever increasing, and never ending murders in Chicago’s inner city today.

In the past, Chicago kept its secrets – good and bad – largely hidden.  Residents knew of its extraordinary beauty and vitality AND of its dark and dangerous side.  But the seamy side of America’s best kept secret – this second city – was mostly kept secret.

United Airlines, headquartered in the city, and its recent thuggish behavior toward one of it passengers, a Chinese American, has contributed to shining a new and high intensity dark light on the city, seen by many across the country and abroad.  So too has been the ongoing, daily killings in the city.  In fact, with a police force and metropolitan administration unable for years to stem the tide of huge numbers of murders or to reverse patterns of corruption citywide, Chicago is teetering at the edge of ruin, uncharacteristically so, and visibly for all to see.

Chicago is at the brink.  It is sliding toward ruin, and it doesn’t seem to have either the creativity or leadership to stem the tide.