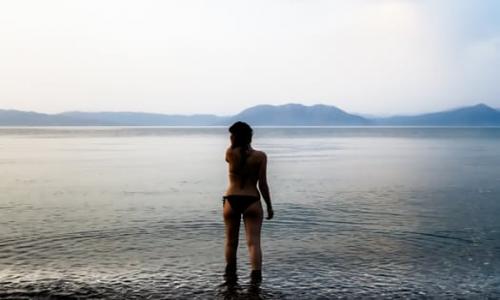 Easing Back Into CDs

My article late in 2016 on BestCashCow about avoiding CDs longer than 1 year as well as CD laddering strategies got a fair amount of feedback and stirred more than a little controversy.  After all, BestCashCow is a website largely about CD rates that make money, and it is counter to the website’s owners’ interests for its chief economist to lay down such a position.

Nonetheless, I am glad I took the position when I did.  It was the right position at the time.  Since CD rates have improved quite sharply over the last 2 months, I will moderate this position a bit now.  My reasoning is that the US faces a dramatically uncertain economy over the next several months, a stock market that has run far too high, and a President who, having successfully engineered a coup d’etat, is volatile and unchecked by a Republican Congress.   As a result, we well may see the Fed wind up having to lower rates again.  This could, indeed, be a good time to hedge your bets a little with CDs.

First, long CD rates have started to increase a bit.  We are seeing national rates on the 5-year as high as 2.30%, and even higher at banks and credit unions in some locations [hyperlink: local table].  These rates are very close to matching the highest 5-year CD rates that we’ve seen over the last 6 or 7 years.  At the end of 2016, when the 10 year US Treasury was below 2.00%, so too were the best 5-year CDs.  If the 10-year US Treasury falls again, so too will 5-year CDs.

Here is my caveat, nonetheless, about 5-year CDs.   I have stated this before and I will state it again.  Over more than nine years now, CD rates have remained extremely low.  At some point, they will go up, but probably not for some time still.  Therefore, we recommend that you look for CD accounts that have early withdrawal penalties of no more than 6 months. A small penalty protects you should rates go up (or should you have a life event which causes you to need to money early).  A 5-year CD which pays 2.30% and has a 6 month early withdrawal penalty of 6 months of interest will still yield 1.15% if it is terminated in 1-year, after payment of the penalty.  This matches the rate you would receive from pure savings accounts, and therefore you can view the 5-year CD as offering an attractive option.

It is important to note, as BestCashCow has, that your customer agreement will state that early withdrawal is at the discretion of the bank.  While we are not aware of any major online bank refusing early withdrawal with payment of the penalty fee, there have been instances where smaller banks and credit unions have denied requests for early withdrawal.

It is also important to note, as well, that Synchrony Bank, which offers a 2.30% 5-year CD rate nationally recently changed its terms from 6 months to charge 1 year’s interest as an early withdrawal fee on this product.  This product is, therefore, substantially less attractive than it was 2 years ago when Synchrony last offered it at 2.30%.  The early withdrawal changes do not apply to products purchased previously, but will apply if you renew or auto-renew your CD.   Early withdrawal penalties of over 1 year’s interest on a 5 year CD, such as that of EverBank are unduly excoriating and should be avoided.

In addition to 5-year CDs, we also find 1-year CDs somewhat more attractive than they were previously.    The best rates have gone up from 1.25% to between 1.35% and 1.45% (again, you may find higher local rates here in some markets).   As long as you purchase products that have only 3 months interest as an early termination fee, we see very little risk, but you should continue to question the value of increased yield as pointed out in this article.

As a primer, those new to CDs should read our article on the 65 questions to ask before Choosing a CD.  The article can also be downloaded as a free eBook from our eBook section at the bottom of the right column of this article.