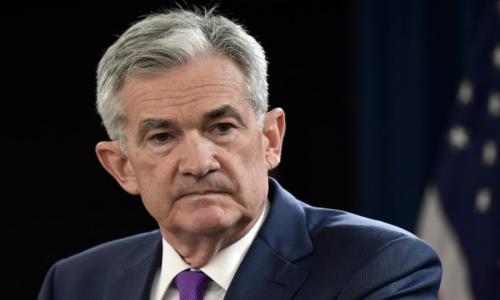 Jerome Powell in his speech this morning at the Economic Club of New York stated that the Federal Reserve is “just below” its neutral rate.

The Federal Reserve is poised to raise the Fed Funds rate by 25 basis points to 2.25% to 2.50% in December.   The Fed had previously indicated that it would bring the rate above 3% in 2019, meaning that there would be another 25 point move in March, one in June, and at least one more in the second half of the year, perhaps two.

By so publicly moving away from the 3% neutral rate, Chair Powell has bowed to pressure from a President, adjusting his policy to accommodate a man who is browbeating him on Twitter, expressing his regret at having chosen him for the position, and publicly musing about firing him.

I suggested earlier that Trump could successfully and legally fire Powell.  At the bare minimum, what Powell made clear today is that he likes his job and doesn’t want to be fired.

However, Powell also crossed a line and created a dangerous precedent.   A strong Federal Reserve is data dependent and takes action to protect the economy, not to protect a President, a dictator, or his family’s real estate empire.

It is my view that we are likely to face tremendous inflation over the next year.  Inflation is already apparent in the costs of goods and services, the result of an hourly minimum wage that is now $15 in most of the country, and increased costs of transportation that will likely escalate unless oil and gas prices continue the precipitous decline we have seen the past two months.

Raising the Fed Funds rate, perhaps well above its neutral rate, could very well be necessary to stomp out inflation, and failure by the Federal Reserve to be responsive could result in a decline in the real value of just about every asset class (except perhaps precious commodities like gold).   By bowing to pressure from the President, the specter has now been raised that we could find ourselves in 12 months time with a Federal Reserve that is not acting independently but rather responding solely to a dictator’s interests.

It is a dangerous precedent indeed.