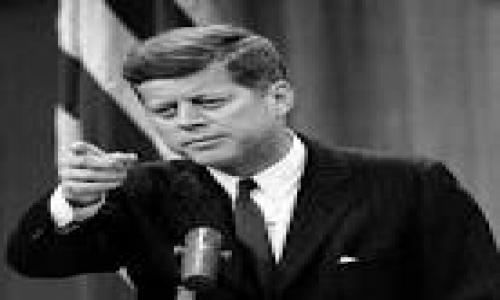 Jack Kennedy was born 100 years ago this month.   He was assassinated some 56 years ago.  And, America has never again been as optimistic, enthusiastic and determined.

He was smart and charismatic.  He was a natural leader.  And, most of all, he changed a generation’s belief in what was possible – in what America could and should do.

His press was better, in some regards, than he.  He had a lot of faults, but he inspired America to dream big.    His short term as president was one where American’s rediscovered a national purpose and individual rights.

When he was assassinated, I wrote a poem that said it all for me.  The opening line was “My father died today; my living father mourns his loss.”  Sounds and feels naïve today, but then a vast majority believed in him and in an era of change, discovery, and world leadership.

Remembering Jack Kennedy today brings more sadness than at any other time since he died.  Today, America seems but a faded shadow of what it was in 1961-1963.  Today, there is absolutely nothing to admire in the country’s leadership and even less in their vision for America.

As a result, Americans are more divided than ever before.  America has lost its glow at home and abroad.   And worse, America is adrift in a sea of distrust and hatred, one group pitted against another.  What’s worse still is America and its troubles are getting worse and worse by the day.

And, there is no Jack Kennedy in sight.  But, were he in sight, he wouldn’t be another Kennedy.  What we have to hope for today – as a nation – is that another and new leader appears, leads us out of the present darkness, and reignites the energy and distinctive of a great people and country.

Sounds religious in spirit.  But it is the only thing we have to give us hope in these dark times.