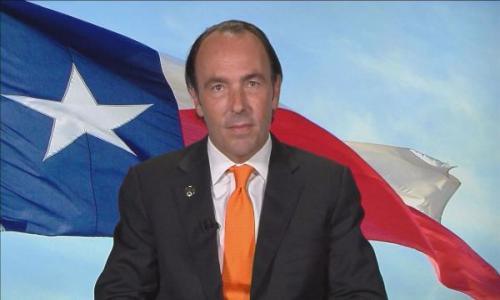 Kyle Bass Says Interest Rates Will Be At Zero in 2020

There are many people who believe that the 2008-2009 financial crisis marked a seismic shift in the interest rate paradigm and that interest rates will never go back to a pre-crisis “normal”.

When Jerome Powell became Chairman of the Federal Reserve, he seemed determined to raise rates back to a new normal long-term goal of 3%, and in fact stated that the Fed intended to raise the Fed Funds rate above that level.  But, the Fed Funds rate now sits at a target of 2.25% to 2.50%, and may not be going higher any time soon as Powell has bowed to Presidential pressure.  Some Fed governors and former Chair Janet Yellen have recently come out and said that the next Federal Reserve move could well be to cut.  And, today, Kyle Bass says that interest rates could be back to zero before the end of next year.

The idea of interest rates going back to zero concerns me, as it does many.   It is, indeed, difficult to fathom how we could finally have pulled out of this recent multi-year period where the public at large was forced into risk assets in order to avoid deterioration in their wealth, only now to be heading right back into it.

Kyle Bass is pretty smart and, while he isn’t always right, he has made some very prescient predictions in the past.   Those who can tolerate Brian Sullivan, can watch Bass’s interview here (he is largely talking about China, and doesn’t make this prediction until the end):

While Bass did not got into too much detail about how he formed his hypothesis, he did say he believes that US will experience a slowdown following a global economic slowdown beginning by the end of this year.   One might surmise that he believes the precedent is in play for the Fed to use all bullets in its resolve to fight a global economic slowdown.   The additional reality here is that interest rates around the world remain at or near zero and unless they start to move higher and stay higher, the Fed could need to move rates lower to prevent the US dollar from becoming too strong.   Plus, the President has Chair Powell’s ear and if he remains a free man, it is a certainty that he will be lobbying forcefully for as many rate cuts as possible just in front of the 2020 election

Bottom line: This could be a good time to begin to consider putting some of the cash that you cannot afford to risk into long-term time deposits (Certificates of Deposit).   Check the best 3-year CD rates, 4-year CD rates and 5-year CD rates here.