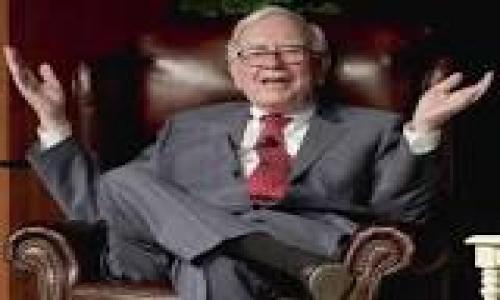 Many people would love to have the same success with the stock market that Warren Buffett the famous investor now worth billions of dollars has experienced most of their life. Not only has Buffet managed to take control of plenty of companies, but he has also held plenty of positions within publicly traded companies and purchased many others making him one of the top shareholders of the last century. Of course, he had a slight advantage given that stock shares used to be worth a substantial amount less.

For those who wish to get in on some of his action, you can still buy shares in his Berkshire Hathaway stock by purchasing Class B shares which weigh in at a much less substantial $3,000 dollars versus the hefty price tag of Class A shares which are priced at $87,000. The only major difference is that you have less shares and limited voting rights, but your investment is worth just as much percentage wise which makes it a wise choice for those who want to get in on some of Buffett’s solid investment track.

However, if you truly want to follow Buffett’s success, you will not find immediate profit because his stock-picking wisdom is not focused on this stock. Generally speaking, Buffett does not sell and is a classic buy and hold investor. Those, it is possible that the Berkshire portfolio is filled with many old stocks that have left their profitable days behind them, and a careful study at the numbers of the stocks within them proves this point.

Instead, it is better to look at Buffet’s strategy when he is buying, since this is the portion of his buying strategy that you want to replicate. Buffett does not look at analysts’ predictions, but instead looks at the historical results of a company’s performance which means that you must have an in-depth understanding of the company’s business plan.

This is not to say that you should ignore companies that are in rough patches, because according to Buffett if a company has a strong history of profitability it will come back which is what allows him to properly discern when the right time to buy low and win big is. One way to discern which stocks are too high risk for you is to also use Buffet’s philosophy of ROC (return on invested capital) ratio in order do decide which stocks are too high debt to be worthwhile.

Finally, the last step in Buffett’s wining strategy is to take a close look at the overall return on capital due to the fact that a large amount of debt will ruin the equity of shareholders. However, when you look at the ROC debt is taken completely out of the figure which allows you to see the true equity of the company without the shareholder debt which gives you a much better picture of where the stocks and shares actually stand.

Of course, this task is easier said than done, especially given the fact that one person cannot possibly explore the history of every company. However, technical stock screening tools can do the research for you so that you can trade like Buffet without quite the same effort he had to put forth.