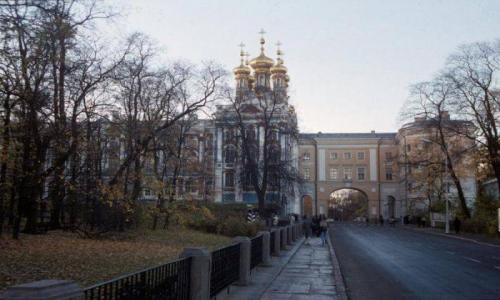 I lived and practiced law in Moscow from 1994 to 1996.  Ever since it became apparent that Putin and Russian hackers influenced the US election, I have been inundated with questions from friends about how I feel about Russia’s meddling in our election.

The truth is that Moscow, while a challenge in some ways in the mid-1990s, was fantastically open, creative and entrepreneurial.  I, for one, was completely immersed in an American expatriate community, said to be as large as 50,000, that enjoyed weekly ultimate Frisbee games, great parties, eating chicken wings, going to decent Mexican restaurants, watching football at the Hungry Duck, playing squash at the US Embassy, etc.  Yes, I worked hard practicing Russian law (no, not an oxymoron then; Russia, at the time, was emerging as a law-based state) and had Russian friends (all of whom themselves became extremely successful during the years that followed) and should have an opinion derived from those years.  But, I don’t.

Rather, my opinion of the implications of what has just happened in the US is informed from an earlier, more difficult time, in another place - the place where Vladimir Putin, then in his early 30s, was emerging.

That was Leningrad (now St. Petersburg) where I spent time in late 1990.  Still in college, I had come there to learn Russian and explore the changing landscape following perestroika, glasnost and Gorbachev’s rise.  What I found in Leningrad was a truly sad and poor place.  I remember arriving and seeing bread lines and people starving to death on Nevsky Prospect and trying to check into the Moskva Hotel where the front desk attendants were unwilling to help unless you gave them something to eat.   Human interaction at its core was dysfunctional.  Every male who interacted with me did so in order to try to mug me (fortunately I had only travelers checks) and every female propositioned herself as a prostitute.   I also vividly remember an old man waiting to cross the street in the pouring snow, keeling over from a heart attack only to see people come out from every corner, not to help, but to steal everything he had and leave him to die.  I remember being followed by the KGB, although at that time it wasn’t the KGB, or maybe it still was.  In fact, nothing was what it seemed, and everyone appeared resigned to the fact that there was some actor somehow in control, or maybe they weren’t and maybe it wasn’t.

The Russian who has just wrested control over the US electoral system may be the actor and the whole thing has the gut feel of Leningrad in 1990.