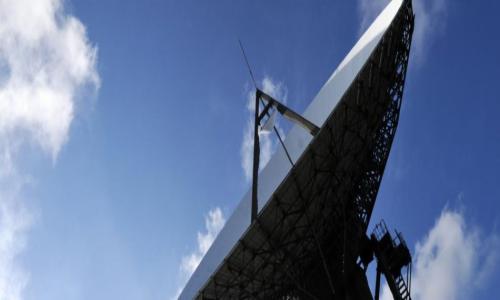 I have spent most of the last 15 years of my life working in the telecom industry in one manner or another.  As an entrepreneur, I have pitched ideas to every major telecom carrier in the world.  Based on my experiences, I had never been particularly interested in owning the equity of any of the major US or European telecom carriers (except Verizon which I have invested in only since 2008).  But, now for the first time, I am buying hand over fist.  Here’s why.

Major incumbent telecom carriers have finally completed their large build outs in both the fixed line sectors and the wireless sectors.  On the fixed line side, they are able to command large premium to corporate accounts for access to fixed-line diversified services (high-speed internet access, video, voice, etc.).  On the wireless side, they have used the IPhone / Android platforms to migrate consumers to higher value wireless services for which they will pay larger amounts of money to be on 3g and 4g platforms and contract for longer periods of time.

For the first time in 20 years, major telecom carriers have networks that they can operate easily and without substantial additional capital expenditures for the next 20 years.  Most have improved their capital structures so that they can easily service debt and spill capital out to their shareholders in the form of dividends.

Let me say that I don’t view all telecom carriers the same.  And, in my view there are some clear winners and stocks that may not be winners.  My purchases are selective and they are few.  Here is what I am buying.

In terms of large US carriers, I am buying Verizon (NYSE: VZ) - and not ATT (NYSE: ATT) - because its management and its strategy is better.  I like the fact that ATT owns its own telecom network whereas Verizon Wireless is still significantly owned by Vodafone, but ATT’s has risk around IPhone attrition and around the Deutsche Telecom acquisition (in terms of Congressional approval and integration).  If I have to buy one of them, I am a buyer of Verizon around $33 with a 6% yield.

I am also a buyer of CenturyLink (NYSE: CTL) which is now the third or fourth largest telecom carrier in the US following the merger of Centurytel and Qwest.  I am a big believer in fixed-line rural telecom and integrated data services as the US recovers from its recession. As this article points out, the dividend is the second highest in the S&P (yielding around 8.50%) and the cash flow is strong.

I would avoid Sprint (NYSE: S) like the plague and anything else in the telecom carrier space in the US.

In Europe, I view the two clear opportunities as being France Telecom (NYSE: FTE) and Telefonica (NYSE: TEF).  They both have safe capital structures and strong businesses in fixed line and wireless in both Europe and Latin America.  The panic in France and Spain has brought these companies to the point where the values are very cheap.  At $18, France Telecom delivers a 11% dividend and trades around 7 times earnings and, at $19, Telefonica offers a 10.5% trading at 8 times earnings.  There are obviously real risks to these stocks (a complete economic collapse in Europe or a Euro collapse versus the dollar would be the biggest risks at the moment).  I am not chasing these stocks, but I would be a buyer of small positions when you see them trading at or around these levels.

On the other hand, I am not a buyer of Telecom Italia (NYSE: TI) or Deutsche Telecom (NYSE: DT).  These companies are generally smaller than FTE and TEF, but their valuations are not as compelling and they are too concentrated in their domestic markets (Italy and Germany).  Vodafone (NYSE: VOD) is also not compelling, lacks any sort of fixed line assets and has historically proven itself to be among the worst managed of the major telecom carriers.

Full Disclosure: The author owns equity in Verizon, CenturyLink, France Telecom and Telefonica.  As of this publication, he does not own any other telecom carriers or major telecom equipment stocks.