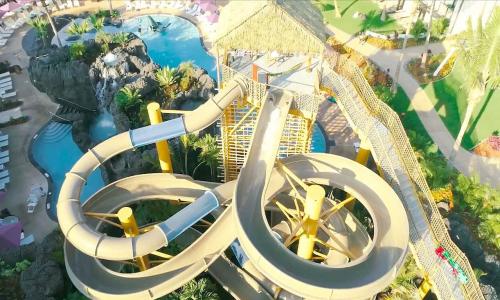 Editor's Note: The redemption opportunity described below was removed by Marriott effective August 18, 2018 when they eliminated the hotel and air package redemptions.

If you are like me and most Starwood customers, you probably did not greet the Marriott acquisition with great pleasure.   While Starwood has great properties outside the US, Marriott is a pretty uncomfortable place to stay just about everywhere.  To boot, Starwood’s SPG rewards program has been the gold standard in loyalty programs since it was set up two decades ago.   Marriott has never measured up; I once stayed at the Hamburg Marriott for months and earned almost enough points for a half-night stay at a Courtyard.

After the acquisition of Starwood was completed, Marriott immediately stepped in and guaranteed a conversion ratio of Starwood-to-Marriott points of 1-to-3, adopting a corporate recognition that Starwood points are three times as valuable as those from Marriott.

The generous exchange ratio does not necessarily mean that you should redeem with Marriott instead of at Starwood properties.  Starwood continues to extend great 5th night free benefits.  For example, I’ve stayed in Hawaii for 5 nights at the Sheraton Kona Resort for 40,000 points.

Marriott, however, offers 7-night hotel and air package redemptions that now make redemptions there especially appealing.  I have just returned from a 7-night trip to Maui where I stayed at the Wailea Beach Resort for 120,000 Starwood points (360,000 Marriott points).  I also received 132,000 United points, which – in spite of United’s recent devaluation – can still get two roundtrips from the mainland in coach class or one way in business class.   The Wailea Beach Resort is a category 8 Marriott and an outstanding hotel (so good that it is dropping the Marriott name).  Depending on how you value United points, you can make an argument that this is basically a redemption at under 10,000 points a night.

This same deal can also be done at the Mauna Kea Beach Hotel on the Big Island and at the Kauai Beach Marriott in Kauai.  While those islands are both more interesting that Maui, I’d personally tend to stick with the Wailea Beach Resort for their new waterslide.

See the best cards for racking up travel rewards.