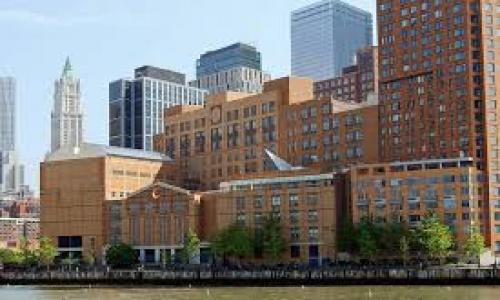 In a recent front page New York Times article, the authors decried the loss of black and Hispanic students at New York’s three most selective public high schools (Stuyvesant, Bronx High, and Brooklyn Technical).  There have been numerous articles on this subject in the paper, and with the same thrust, over the last year.

In this particular article, the paper highlighted group photos of students from these schools going back to the 1980s, ostensibly illustrating poignantly the loss of “diversity” in the schools over the last decades. And so, the reader feasts on pictures of young, bright black and Hispanic students of the past juxtaposed against more recent ones of mostly white kids.

The reader is supposed to feel outrage that the elite NY public high schools have, at best, lost their way and at worst become illustrative of the ugliest racist instincts today.  But, at the same time as they publish all the photos of kids across the decades, they also provided color graphics showing population shifts over time in all three high schools.  What is far more apparent from these graphics is that the decline in black and Hispanic students over time is far overshadowed by a very different and very interesting shift in all populations at the school.

The graphs illustrate, in fact, that there have been only very small representations of black and Hispanic students at these selective schools all the way back four decades.  This is not something new.  What is new and dramatically apparent is that the number of white students at these schools has dropped significantly over the last forty years.  At Stuyvesant, for example, 70% of the students in 1976 were white, but whites made up only 19% of the student body in 2016.  Similarly, only 16% of Stuyvesant students were Asian Americans in 1976, but Asians comprised 74% in 2016. Indeed, the shifts seen over forty years for Asian Americans and white Americans in all three schools is the story here, not the politically correct focus on other populations.

The New York Times and the city government of New York continue, incorrectly, to focus on two minorities and on programs to increase their representation in the elite schools.  All that is well meaning, but fails sadly to focus on real, positive change in New York and in America for a very different but equally important American minority.  I say congratulations for showing the rest of us that it is the emphasis on achievement and scholarship at home that makes all the difference.