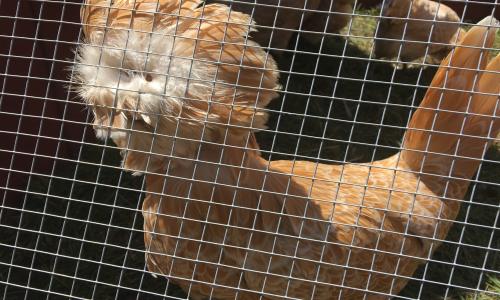 Mr. Trump and the Frenetic Media

President Trump has been at war with the mainstream American media from the very beginning of his campaign.  His vitriol increased incrementally throughout the campaign and reached its zenith immediately upon his election.  Early as president, he happily declared almost all media (save those on the far right) “the enemy of the people.”

The media has always been a headache for American presidents, hanging on every word, stirring things up, and holding them accountable.  But until this administration, each president knew that the media had a constitutional role and responsibility to give visibility and context to the work and doings of all branches of government, and particularly of the American President.

Donald Trump loved and used the press as a private businessman; they served his purposes and were relatively uncritical.  His now well-known insecurities always required an adversary, a role obviously filled in the past by business competitors. Once president, the media fell into the role of foe and was an easy target.  In fact, the war he was fighting with his own demons turned the media into convenient adversaries.

The media was caught off guard; never before had they been called and treated as the enemy.   And understandably, they overreacted.  They became quickly and totally obsessed with the person they were supposed to cover as well as with vindicating their role and responsibilities.  So obsessed were they that they lost their way.

And their obsession (putting aside his) has taken an ever and ever larger toll on their work and effectiveness.  Today, it is almost impossible to read the NY Times or the Washington Post and watch CNN or NBC without being inundated with amazingly repetitive coverage of everything Trump and his people say and do.  It is now so in the face of all readers and viewers that people are being turned off and reporters are having less impact than the news actually warrants.

So obsessed with Trump, in fact, is the media that it has become part of the problem.  They are no longer reasoned, deliberative and calm in their reporting..  Rather, their tone and tenor are frenetic, bordering on hysterical.  Their reporting is heavy, repetitive, and increasingly predictable.  As a result, their objectivity is compromised, their effectiveness diminished, and their work far less compelling.  They need urgently to call time out, to slow down, to say less and to build back much needed objectivity.  By so doing, they will serve the nation better and prepare us all for what inevitably will be the result of the political crisis we are in.