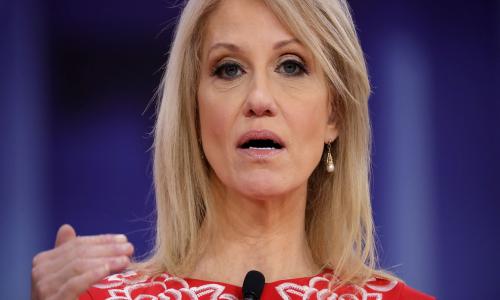 It won’t be long before the heroic author of the anonymous Op Ed in yesterday’s NYT is known.  She knew she would be identified, even though she tried to hold her cover for a while – for example, by the diversion tactic of using one of the VP’s oft used word “lodestar.”

She’s the only real wordsmith in the White House today.  In addition to being a bombshell piece, it is beautifully written.  There are very few in the White House today who could have written something of this elegance and quality.  And, unlike most of those in senior positions, her career reputation as a singular public relations figure is at stake.  She has got to rebuild her reputation after all this, and the Op Ed.  But, don’t misunderstand me, she is really putting it all out there for the country.  She is a patriot.

Kellyanne Conway may have written this, and, if so, she is an American hero.  She has direct access to the New York Times, and knows how to make this happen.  She is, as I have said, a wordsmith of the highest quality: “detrimental to the health of our republic,” “thwarting Mr. Trump, misguided impulses,” “discernible first principles,” “scripted settings, “ “impetuous, adversarial, petty and ineffective,” “unsung heroes in and around the White House,” etc, etc, etc.

Until now, Kellyanne has delegated to her husband, the role of calling out the dismal state of affairs.  Now, fully aware of how seriously dangerous things have become, she is taking this big risk.  If she is exposed as the author, I worry for her, but I know she is an American hero who will stand the test of time.