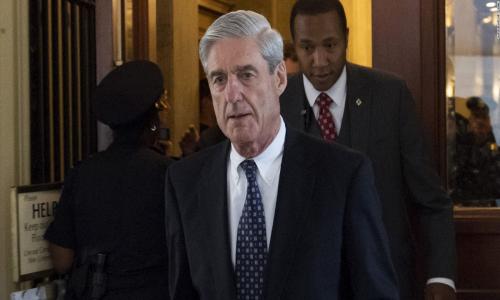 Robert S. Mueller has been in government too long.  He has lost his edge.  He’s obviously a bright and worthy man.  But, Mueller is obviously, also, far too married to process and procedure, and far too short on strategy.

And, by being and doing so, he has failed the country.

He may be highly accomplished and experienced; he may even be one of the best prosecutors in the country.  But, he’s obviously a bureaucrat and a man who enjoys rules, procedures and doting all t’s and stuff.  That’s why, amazingly, he has sacrificed urgency and strategy for deliberate, step by step processes.

It’s long been agreed that Mueller would cool it once September 1 came around, to leave two months before the November elections.  The assumption behind all this was that he would conclude his work by that date – after all, he’s had 16 and a half months.  But here we are and he’s done a few things, but seems miles away from any final conclusions and actions.

That’s just plain stupid.  Mueller absolutely should have concluded his work by now, the beginning of September 2018.  His insistence on going step by step will be to all of our detriment.  Why, for example, did he begin with Manafort’s past crimes rather than those connected to his time with Trump?  Why is he still interviewing others, rather than acting on what so many have already exposed?  All this is a sign of a consummate bureaucrat - a sign of a man who values deliberation over strategy.

What Mueller has done, oh so regrettably, is to dawdle while Rome burns.  By taking his good time to cover everything and to exhaust all possibilities – as only a person steeped in government bureaucracy would do – he has doomed us all to his failure in the end to conclude his work and ultimately to assure that the United States will be finally free of an illegitimate president and administration – one that is step by step destroying our democracy.  For surely, no matter what happens in the November elections, Mueller and all the fruits of his deliberations will be gone or rendered wholly ineffective by the end of November.