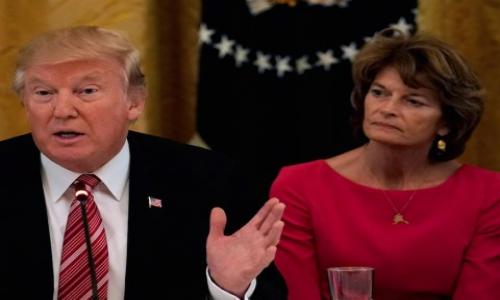 Trump and the Republicans will do anything to pass and pass quickly their tax bill.  Clearly, for a bill very much in favor of the ultra rich - and one that shafts the poor and middle classes and even the “mere wealthy” - the Republicans cannot count on a single vote from Democrats.

But they won’t need one.

In fact, the bill is virtually a reality having now gotten two big boosts in the last day or two from two key players.  The first was an announcement from Senator Lisa Murkowski of Alaska supporting the repeal of the individual mandate under Obamacare.  Although she had cast a decisive vote over the summer to save healthcare for millions, she has now reversed course and is supporting the Republican’s high-octane effort to kill of the health insurance mandate and, by so doing, to capture big savings, a key and controversial part of the Republican tax bill.

Murkowski has been bought. Not only will the rich be happy, but Murkowski will too as the tax bill will open up Alaska’s Arctic National Wildlife Refuge (ANWR) to oil and gas drilling, something she has wanted for many years. (In fact, her father, a former Alaska Senator and Governor, had long advocated for ANWAR drilling.) And, drilling in ANWAR will help play a key role in the tax plan to fund significant revenue for tax cuts to the rich.  That such drilling will be devastating to fish and wildlife in the Alaska Coastal Plain is really of little consequence – certainly to Murkowski and her Republican colleagues.

Murkowski’s succumbing to special interests is perhaps less significant than Donald Trump’s decision to back Alabama’s Senate candidate and pedophile, Ray Moore.  Moore’s ugly past makes him an embarrassment to the country, but will assure Trump a win for the tax bill.  (It will also significantly reverse major strides made recently to redefine and recalibrate equal rights for women.)

These ugly and selfish moves will accomplish their goals.  But, America will be the worse for each, and it will take decades to set the country back on an even, sustainable, and democratic course.

In a post-Trump era, hopefully sooner rather than later, we will all look back at a particularly painful, sad and disheartening era in American history.