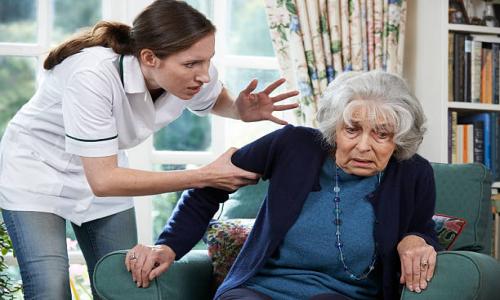 The last place anyone wants to be, and the one place many if not most end up, is a nursing home.  Nursing homes are famous for turning a blind eye, even abusing those under their care.  With only rare exceptions, they tend to be shabby, smelly, crowded places where residents are cared for, if cared for at all, by mostly uneducated and low paid employees.  Far more often than not, residents receive poor care, are treated with little or no humanity, and are too often abused.

There are exceptions, but even the best leave much to be desired.  Nursing homes are first and foremost warehouses where the elderly go to die.

There is a crying need to bring about reform in almost every aspect of management of the homes and delivery of service to residents.  And, there is so much to do.  The good news, over the last few years, had been that the Obama Administration had been cracking down on a whole range of abuses and areas crying for reform.  And, government intervention during this period ended up, not surprisingly, costing owners and managers of nursing homes major new expenditures.  And, equally not surprising, the homes and the nursing home industry complained loudly.

Well guess what?  The nursing home industry exercised enough muscle as to catch the attention of the Trump Administration.  And guess what too, already many of the costly penalties assessed on nursing homes for poor management and resident abuses have now been rolled back.

In fact, under the guise of reducing bureaucracy, the government office regulating nursing homes (The Centers for Medicare and Medicaid Services) has been rolling back financial penalties for everything from failure to provide appropriate care to errors leading to the death of residents.  Reduction of fines across the board, often from hundreds of thousands of dollars to less than $10,000 per event, as well as reversing a ban on arbitration over lawsuits, have been a boom to the industry and a clear win for Republican donors.

And, what does all this mean on the ground?  It means that nursing homes are quickly returning to an equilibrium of earlier times – times when care meant poor or no care, when service was delivered by ill trained and poorly paid workers, when institutions cared very little about residents, and nursing homes could make gobs of money without regard to outcomes and quality of service.

This is not the only example of reversal of urgently needed momentum and change by the Trump Administration, but this is one where the immediate impact is and will continue to be human tragedy and death.  America has many unfinished challenges, but the nursing home industry is a sham, and rolling back hard fought oversight and reform accomplishes nothing except pain, suffering, and death without dignity.