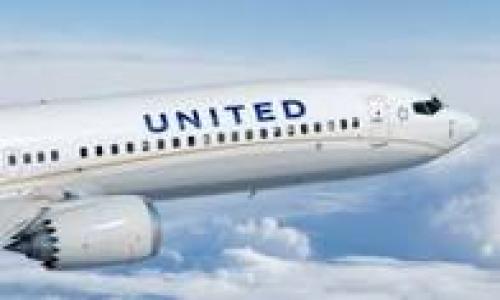 United was once the best airline in the sky.   Whether it is your favorite airline today or not, it still has an outstanding loyalty program, and if your focus is international travel, it may be the program where you want to build your rewards balance.

I lived in Europe and flew United non-stop back to the US from the mid-1990s until 2003.    Whether I was flying coach or business, United was far-and-away the most comfortable way to commute over this time.

United has been through a lot since then, and not all of it has been good for its customers.   The airline filed for bankruptcy in 2002 and made cuts necessary to preserve itself and secure stable futures for its employees.   And, when the airline finally look poised to return to its prior service levels, industry consolidation led it to acquire Continental and then focus on competing with the likes of Southwest and Spirit to deliver better shareholder returns.

Today, I live in Manhattan and I often choose to fly United over Delta, American and JetBlue since I have a preference for flying out of Newark over the City’s other airports.   This “sometimes loyalty” to United earns me the ridicule of many who fly frequently from New York, especially as Delta, the other major carrier to make New York an international hub, has improved its service since Ed Bastian became CEO.

But while United may not be the airline of choice for many who fly regularly, its frequent flier program still enables customers to find outsized value in international redemptions.  While you can still find great redemptions using Delta miles to fly on Delta metal to many of its key international destinations, including Paris, Buenos Aires and Tokyo, it feels like you have hit the lottery when you find a roundtrip for less than 200,000 miles in a business class seat.

Not everyone has time to spend their lives hunting and pecking for award availability across multiple airlines (I certainly don’t!).  These people will find that United still requires far fewer points in coach or business class to most international destinations than the other major carriers.   It can get you to more places than any other loyalty program with its Star Alliance partner airlines (all of which can be easily accessed through United’s program, save Singapore Airlines for which you will need Singapore miles).

This partner network opens up crazy good redemption opportunities.  For example, 180,000 United Mileage Plus miles will give you a round trip to New Zealand in business class (80,000 will do it in coach).    140,000 United Mileage Plus miles will get you round trip to virtually anywhere in Europe (60,000 will do it in coach).    And, for United, anywhere in Europe includes just about anywhere in Greece, Bulgaria, Romania, Moldova, the former Yugoslavia, Slovakia, Poland or Scandinavia – all places where American and Delta just aren’t going to get you.

Transferrable points have become the big thing in credit card rewards, and American Express and Chase are competing to offer the best products for their users.   American Express points transfer to Delta and Singapore and several other airlines (the complete list is here).   Chase points, earned through its Sapphire and its Ink cards, are the only points that go to United (and to Hyatt which BestCashCow rates as the most valuable hotel loyalty program), and therefore I find they are the most valuable transferrable point currency.

The United Airlines cards – both the new United Business card and the improved United Explorer Card - are also worth considering.   These cards both get you a free checked bag, and they open up even better award availability on United’s flights when you search on United’s website.

Bottom line: Even if United is no longer your favorite airline, you should consider those credit cards that give you United miles or Chase points that can be converted to United miles.