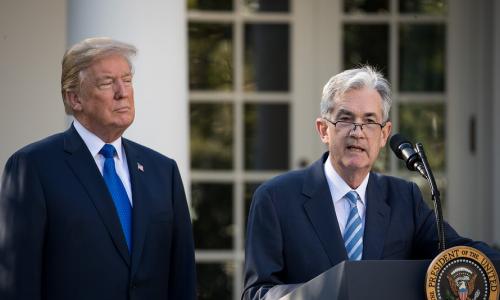 Wall Street Analysts Are Writing Their Own Fake Narrative About Inflation

I cannot do it anymore.   I just cannot watch CNBC or Bloomberg.   It isn’t because the market is falling (it is).   And, it isn’t because I cannot bear to hear the usual batch of cheerleaders (so-called “analysts”) extolling the virtues of being long in an uncertain time.

Unlike 99% of the analysts, Joe Lavorgna is about as reasoned of an analyst as CNBC ever has as a guest.   Yet, he too denies inflation and says that the Fed needs to relent and “let the economy run hot.”

The problem with Lavorgna’s reasoning is clear: the Fed has a dual mandate of full employment and price stability.   Price stability is achieved by fighting inflation and ensuring that the real value of the US currency maintains its current level of purchasing power.  If $100 today becomes $102 in a year, but has the purchasing power of $90 today, the economy falters.  People need to earn enough in  their savings accounts and other risk-free investments in order to ensure that they don’t lose the value of their money because that will cause the wealth of the nation (and consumer confidence) to collapse.

But, Wall Street’s cheerleaders are pushing for this short-term gain over long-term economic security  when they try to explain that there is no inflation.

Let’s clear this up:

First, there is inflation.   Annual rates of inflation are calculated based on the Consumer Price Index, issued monthly by the Labor Department’s Bureau of Labor Statistics.   The CPI number issued on December 12, 2018 indicates a move from 246.669 to 252.038 from November 2017 to November 2018 for an inflation rate of 2.20%.    This rate is still historically low, although much higher than the measure for the last several years.

The CPI indicator is controversial for many reasons, but one thing that economists universally agree upon is that it is backward looking.  The Fed, therefore, looks at a variety of other factors many of which are going to try to measure incipient inflation.

Second, there are all sorts of reasons to believe we could have serious inflation in 2019 that will not show up until it is here.

I see at least four significant inflationary pressures in 2019 that weren’t present in 2018.

When analysts stop their market cheerleading and look at the same risks that the Federal Reserve and Jerome Powell are looking at, the inevitable conclusion is that the Fed needs to continue to hike rates in 2019.