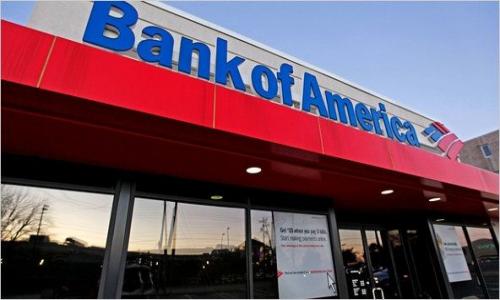 There was an interesting article in the Wall Street Journal yesterday, entitled "Bank of America Pays Peanuts for Deposits but the Money Keeps Flowing In".

In its effort to try to explain why so much money is still held in low or no yielding deposit accounts, the WSJ authors proceed to highlight the branch network and technology as the reasons why young people choose to keep their money in these accounts.  In particular, the article refers to the experience of a woman in her mid-30s who finds Chase’s mobile technology and ATM network to be her reason for sticking with them.

Chase’s mobile technology is in fact outstanding (Bank of America’s is not), but so to are the mobile apps of some online banks (Ally, for one, has an excellent mobile app).   More importantly, if you require access to a mobile app or a branch network or great international wire transfer functionality, you can get all of these services through Chase or Citibank or Bank of America or Wells Fargo without fees by maintaining an account with balances of only $15,000.

Your cash above that amount should always be in a higher earning interest accounts.  Higher earning savings accounts can be online only.  Smaller, lesser known banks and credit unions in your area may also pay higher rates.  If you do not need the money right away, you should also consider CDs.

Towards the end of the article, the authors seem to determine that part of the reason that people don’t move to higher yielding accounts is that they really don’t have that much money to move.  However, BestCashCow’s Savings and CD Calculator demonstrates how even a small amount of money can compound significantly more quickly over a relatively short period of time when moved from a low yielding savings account to higher yielding ones.

I am tired of hearing people – young and old - explain to me that it isn’t worthwhile to seek a higher earning interest account.  I am disappointed to see an article celebrate it.    The reality is that the fact that some of the major brick and mortar banks can pay so little in interest while online banks, credit unions and even other local banks are offering so much is due in large part not just to apathy, but also to asymmetrical information.  Just 3 minutes with the calculator will show you how important it is for your future and that of your heirs to move your cash to a higher rate.