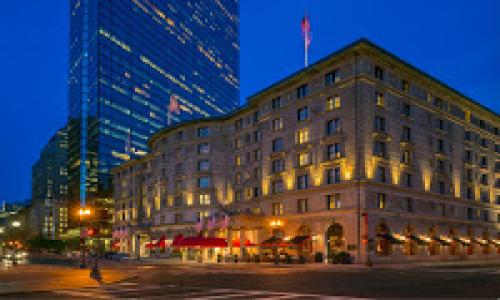 I have been earning points and miles for my spend – all of my spend – for many, many years.   I know that I have played the system well, earning valuable hotel stays and airline tickets (and transferrable points) that have enabled me and my family to stay at places that I might not otherwise have been able to afford (or that I might have viewed as too costly) had I merely taken cash back for my spend.   There are very, very few regrets, but here are three.

Many times, I’ve been sucked into paying more to put something on my credit card rather than paying less in cash (each time I go to a gas station, for example) or rather than a direct withdrawal from my bank account (each time I use PayPal).   I’ve even paid estimated taxes with pay1040.com in order to get travel points on a credit card.   The truth is that unless you are working on getting to a promotional spend amount for a sign up bonus or to meet some sort of other spend threshold, it just doesn’t make sense to ever pay a premium to use your credit card.

Not Using My Point Balance before Devaluations or Expirations

Over the last decade virtually every airline has devalued their travel miles by making valuable redemptions both more costly and availability more restricted.   None has done this more than Delta which has virtually rendered its program worthless.   Since my Delta miles were largely accumulated through many years of loyalty when I lived in Russia and Spain (and not so much through credit cards), the program’s devaluation has been especially painful.   I regret now not having burned their miles as soon as I earned them, as I rarely find attractive redemption opportunities these days.

Devaluations of hotel points haven’t been as severe over the years as those of airline points, except for the Radisson Rewards devaluation three years ago. (At that time, the program was known as Club Carlson).   Three years ago, in an instant, the program moved from providing outstanding value at the Mayfair Hotel in London, where 50,000 points yielded two nights,to yielding only one night for 70,000 points.   On reflection, I should have used all my Radisson points at that hotel before the change, but I was concerned about spending too much time in a hotel where Putin had brought plutonium-210 through the lobby to poison Alexander Litvinenko a few years earlier.

Not Knowing the Benefits of A Credit Card

Some cards, like the Amex Platinum card and the Chase Sapphire Reserve card, have so many benefits that it is difficult to keep track of them.

The Platinum card gives holders Gold status at Starwood hotels which allows for late checkouts, ungraded rooms, and, until recently, free breakfasts.  I mistakenly failed to realize that Marriott was matching this status immediately after the merger, and stayed countless nights at Marriott where the benefits – especially the breakfast - would have been really nice to have.

Of course, my failure to get this right was probably more attributable to the fact that Amex representatives were consistently unable to answer simple questions about these benefits which I called.  I encountered similar frustrations when Chase’s representatives were unable to explain the Ralais & Chateaux benefits that they advertise (in fact,  Relais’s own customer support was based in Europe and was equally unfamiliar with benefit offers).

All in all, the regrets associated with using travel rewards credit cards have been few and the benefits many.

See the most valuable travel credit cards for spend.

Explore the most valuable cards for your spend profile.