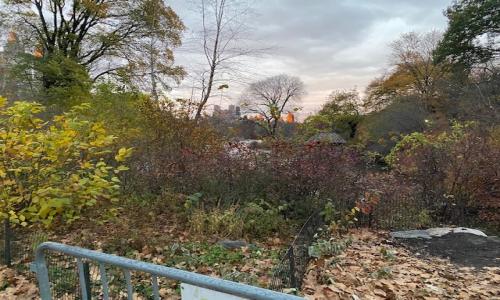 I am old enough to remember October 1987.   I was a college freshman then and I remember my floormates calling their parents to inquire whether they would be able to stay enrolled in college.

I also have vivid memories of 2001 and 2008 and 2009.   In the 2000-01 period, I was working for a telecom venture capital firm in Europe where valuations on major carriers and CLECs were bananas.

What I am not old enough to remember is any time when the valuation of US stocks was so distorted from reality.   In fact, Charlie Munger recently said basically the same thing and he has several decades on me.

If I learned nothing in two years studying equity valuations during my MBA, it is that there are only two or three ways to ultimately value an equity issue.  One is its price to earnings (PE) and the other is its price to earnings to growth (PEG).  A reasonable PE multiple is 12 or 15 or maybe 18 and not 100.  And, a PEG multiple should be a lot closer to 1 than to 3 (or sometimes now 10).  You can also use price to revenue, but that metric really only works if there is some sort of plan for the company to ultimately become profitable (I’d note that it is absolutely the valuation metric that you would have wanted to use when analyzing Amazon, Netflix or Spotify one or two decades ago).

But, as a whole, this just isn’t that complicated.   Multiples on US stocks make no sense.   They have reached this point from bringing interest rates to zero and flooding the market with liquidity.   But, for a world where all of that is being withdrawn, they are just bonkers.   Most smaller tech stocks, including virtually all that have recently been taken public, have no basis in valuation.   Even many smaller companies that have been around for some time that have great and meaningful products, such as Exact Sciences or Box (where stock pundits have argued for Amazon, Netflix or Spotify-type valuations), may face market circumstances where they have no path to profitability.

The market has been led to these levels because of extraordinary growth that we have seen in companies like Apple and Microsoft, and super extraordinary growth in stocks like Marvell and Nvidia.  Make no mistake, these are the companies that you want to own and that you probably should not sell (I am not selling them), but you need to have a very long term view because the valuations are now three times higher than where they were in 2015 or 2016.   Apple was a great investment at 10x earnings less cash in 2016; it may still be a good long-term investment at 28x earnings (less cash) in 2022, but it may not move up from here quite as easily as it has for the last 25 years.

And, then there are cryptocurrencies.  It is also difficult to predict the immediate trajectory of crypto.  But, in spite of losing half of their value, crypto remains the biggest and most widespread Ponzi scheme in the history of mankind.

Take it from someone who can remember the not too distant past.  I am not saying there is going to be a crash, and I am not saying that the stock market isn’t the best place to be for the long term.  I personally will remain very heavily exposed to large tech, major pharm and European wind stocks, but these aren’t positions that I would be selling for the next 10 years.

I am just saying that everything is dramatically elevated.  If you absolutely need to protect your wealth here, there is only one safe way to do that in 2022 and that is cash.