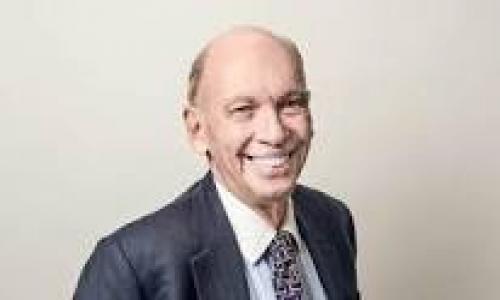 No Surprises In Byron Wien’s Top 10 Surprises for 2017

Byron Wien’s annual top ten surprises are always fascinating for his insight.  At the beginning of each year, the famed market analyst unveils his list of 10 things that he believes has a greater than 50% likelihood of occurring during the coming year and which he believes that investors are assigning a 1% to 3% chance of occurring.    However, as I look at the list for 2017, fascinating as it is, every one of his “surprises” seems more likely than not to occur, and seems to be already priced in by far more than 1% to 3% of the market.

Wien states: "Still brooding about his loss of the popular vote, Donald Trump vows to win over those who oppose him by 2020.  He moves away from his more extreme positions on virtually all issues to the dismay of some right wing loyalists."

"He insists, 'The voters elected me, not some ideology.' His unilateral actions throw policy staffers throughout the government into turmoil.  Virtually all of the treaties and agreements he vowed to tear up on his first day in office are modified, not trashed.  His wastebasket remains empty."

Assessment:  Yes, entirely possible, in fact more than 50% likely at this stage.

Wien states: "The combination of tax cuts on corporations and individuals, more constructive trade agreements, dismantling regulation of financial and energy companies, and infrastructure tax incentives pushes the 2017 real growth rate above 3% for the US economy. Productivity improves for the first time since 2014."

Here, Wien states: "The Standard & Poor’s 500 operating earnings are $130 in 2017 and the index rises to 2500 as investors become convinced the U.S. economy is back on a long-term growth path. Fears about a ballooning budget deficit are kept in the background. Will dynamic scoring reducing the budget deficit actually kick in?"

Assessment:  I think that the valuation would be excessive at over 19x the earnings number, but the entire scenario is entirely possible.  Certainly more than 1 to 3% of investors have this priced in as it is only 10% from current levels.

Assessment: Again, definitely a higher than 50% possibility on the British pound’s collapse following Brexit (it traded lower in 1985) and the Euro’s parity with the dollar is inevitable (it traded at 88 cents in 2002).

Assessment: Well, this has been my position for years, so while there may be less than 50% of the market pricing this in, it is anticipated by far more than 1 to 3% of the market.

"Populism spreads over Europe affecting the elections in France and Germany. Angela Merkel loses the vote in October. Across Europe the electorate questions the usefulness of the European Union and, by the end of the year, plans are actively discussed to close it down, abandon the euro and return to their national currencies."

Assessment:  Unfortunately, at this stage, it is simply much more than 50% likely and highly anticipated by the market.

"Reducing regulations in the energy industry leads to a surge in production in the United States. Iran and Iraq also step up their output. The increased supply keeps the price of West Texas Intermediate below $60 for most of the year in spite of increased world demand."

Assessment:  I don’t agree with this, but the market does with greater than 50% probability.

Wien states: "Donald Trump realizes he has been all wrong about China. Its currency is overvalued, not undervalued, and depreciates to eight to the dollar. Its economy flourishes on consumer spending on goods produced at home and greater exports."

Assessment: Is it really going out on a limb to be making this type of projection about the behavior of someone who is volatile and develops foreign policy based on the advise he has received from the last person with whom he has spoken.

"Benefiting from stronger growth in China and the United States, real growth in Japan exceeds 2% for the first time in decades and its stock market leads other developed countries in appreciation for the year."

Assessment:  A majority believes this now.  Wien is just not going out on a limb here.

Assessment:  Who doesn’t expect this to happen?  Wien is certainly not going out on a limb here.

For 2017, Byron Wien’s list of the top 10 surprises continues to provide insight, but he certainly isn’t keeping with his practice of predicting things that the market isn’t expecting.

Find the best savings rate from the most comprehensive bank rate database in the US.