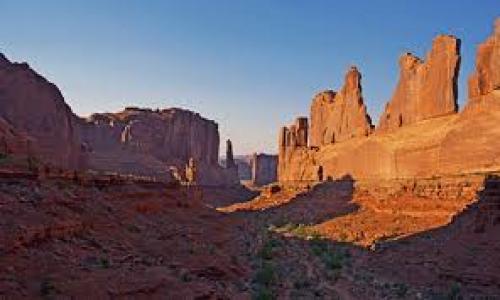 Savings and CD rates continued to firm into the end of 2018.  However, as we predicted back in November, Fed Chairman Jay Powell has now fully equivocated as a result of presidential harassment and the Federal Reserve has now held the Fed Funds rate at 2.25% to 2.50%.   It is possible that rates could be here until later in 2018.  Here are 3 savings accounts that we find attractive at this point:

MySavingsDirect is a division of Emigrant Bank, a large New York-based bank.   Customer reviews are mixed and Emigrant has a history of dropping rates in one division (holding customers who don’t regularly check their rates) while raising rates in other divisions.   However, MySavingsDirect has been competing for depositors by raising rates for some time and, it is, at least for the moment, the highest yielding account without a minimum balance requirement.   In addition to the need to stay on top of the rate to make sure it isn’t lowered, those considering MySavingsDirect should know that it does have direct ACH connections to all other banks (which is something that is pretty standard among most online banks).

A couple of years ago, The Private Bank which operated out of Chicago offered competitive online savings rates.   The bank was purchased by the CIBC, one of Canada’s largest banks, which in late 2018 re-launched the platform under the CIBC Agility brand in order to compete for deposit accounts in the U.S.   CIBC now appears to be a very aggressive market participant.    It has been among the first to raise their rates when the Federal Reserve raised the Fed Funds rate.   To boot, the bank’s online savings account has no minimum balance.

CIT Bank’s reviews are ordinarily favorable and their rate is very attractive.   However, unlike the above two savings accounts, this rate does have a minimum balance requirement.   There are two ways to qualify for the savings builder account – either to maintain a $25,000 balance or to open the account with $100 and deposit at least $100 during each monthly measurement period (between the 4th day of each month until the 4th day of the following month).   We think CIT is likely to remain competitive and named it one of our best bets for 2019.

See and compare all of the best online savings rates here.

While we have been hesitant to recommend CDs with rates rising, the Federal Reserve’s recent decision to slow the pace of rate increases may provide reason to take a look at one-year CDs, particularly those with low early withdrawal fees.   Here are two that are competitive, and will penalize you with only 3 months of interest should you need to break the CD early.

Live Oak Bank is a small North Carolina bank that entered the online banking arena last year.     It has not been a consistent competitive player in the savings space and it can and does frequently adjust CD rates.   At the time of this publication, their 1-year CD rate stands at 2.85%.    Live Oak does not enable an account holder to have over $250,000 in total in their CDs, and you should not be exceeding FDIC limits with a small North Carolina bank anyway.

Sallie Mae Bank has an old interface and you will see a spinning wheel when you try to open a Certificate of Deposit there.   But, its rate is 2.85% on a 1-year CD and it is likely that they will still be among the most competitive rates when it comes time to renew.

Have a great month.