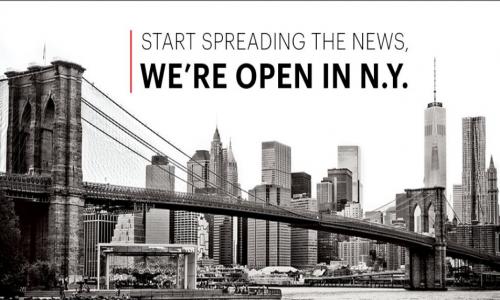 Purepoint May Be Changing Its Focus

Purepoint MUFG, a subsidiary of the Japanese conglomerate Mitsubishi UFG Financial Group, entered the online banking market in late 2016 in a very aggressive manner, offering what was then the highest online savings and highest 1-year CD rates.

Through early 2017, Purepoint stayed competitive, raising its rates faster than many of its largest competitors and offering a service which by many accounts was positively reviewed.   Read reviews of Purepoint here.

Then, something happened.  In late 2017 and early 2018, as the other major players – Ally, Goldman, Synchrony, Barclays – and many smaller players began raising their rates, Purepoint froze theirs.

Today, Purepoint’s savings rate is competitive, but far from the highest rate that we have become accustomed to seeing in 2017.  See all the best online savings rates here.   Its 1-year CD rate stands at 1.55% and that is simply not competitive in the world of one-year CD rates.

As reviews became less enthusiastic, we noticed that Purepoint began opening a series of overstaffed so-called banking centers all over New York, Chicago, Dallas, Houston, Miami and Tampa.  They have taken some key locations, with their first center opening in the middle of 2017 at American Express’s outpost on 53rd and Park Avenue in New York.  Other locations, many of which are still unopened, are listed here.  We’ve also been alerted to the fact that Purepoint seems to be offering slight enhancements on its CD rates to customers in those markets where it is opening these centers (about 10 basis points on its 1-year CDs, but still not competitive).

It isn’t a complete novelty for an online bank to open a banking center.  ING Direct did this in the early 2000s in order to promote their brand in New York, Chicago, San Francisco, Los Angeles and Atlanta and to branch into other products.  But, at that point, ING Direct had already mastered online banking and the centers were Starbucks-like places to hang out.

If Purepoint intends to continue to be a player in the online banking space, they will need to raise their rates as fast as their competitors.  They’ll also need to offer the same rate consistently throughout the country, to provide phone support off hours like their competitors do, and to make their banking centers into something that someone would want to visit more than once.